5 Reasons Why Some People Insist on Discussing Collapse, and Even Extinction

1.     Truth-telling. American civilization is an abusive parent who provides more material goods than most, but lies about just how violently he acquired those goods. With hundreds of military bases abroad, American authority is like a Mafioso who brings home big bags of toys and candy with blood all over them, and strictly forbids any discussion of where it all came from.

In such a family, some kids will prefer to keep the stuff and repress their own guilt and terror. This is not just so they can keep the presents! They do it because if they don’t, their Dad’s illusory goodness will disappear; their necessary idealization of him will collapse, and they will be flooded with a painful ambivalence that they are not equipped to process or contain. With more citizens in prison than any other country on Earth, America is also a disciplinarian to be feared by his dependents.

The abusive parent has an addiction: oil. The analogy with alcoholism expresses the links among the addiction, the violence, the hypocrisy, and the deterioration. But the analogy breaks down when we consider that oil doesn’t just drive the bully in charge, it also powers the profligate lifestyle that is all the kids have ever known.

While some kids will need to stay with the abuser’s program, other kids will find a way to speak the truth. This doesn’t just happen because they are older kids (sometimes they aren’t), but because of temperament, or insight, or some external source of support, like a mentor whose values are different (say, Shakespeare), or friendship with a family down the street who live in a far different and better way (say, Denmark or Cuba). Speaking that truth will both risk the wrath of the abusive father, and alienate the kids who are still trying to love him. But in a regime of endless lies and unacknowledged open secrets, speaking the truth can feel so important as to drive us to risk ostracism and punishment. We have to do it.

2.     Orientation. Mammals are wired to orient themselves in their environment, periodically doing threat assessment by scanning the place with open eyes and ears. Think of meerkats on their hind legs, peering at the horizon so they can know what’s coming. Climate change is not a discreet entity that we can track with our eyes, like some leopard who’s in one place at a time and can be present one moment and gone the next. It’s an entirely different sort of threat from the kind we are equipped to find and to confront. But that doesn’t change our nature, part of which is this need to look at what dangers are out there as they approach. It is still absent because the worst of its hardships (e.g., sea level rise in the tens of meters, and temperatures so high the human body can’t thermo-regulate anymore) are yet to come; yet it is also already present as Katrina and Sandy, epic wildfires, droughts, and floods, lethal heat waves, falling crop yields, mass extinctions, sea ice loss, and all the other anomalies of the past ten years. People with a strong orientation drive will continue to assess threats—even those which they are relatively powerless to stop, because what prompts me to orient myself is not only the nature of the threat (in which case I might say, “well, this great white shark is too big for me to stop, so I may as well ignore it”) but my own need to try and protect myself, whether that is possible or not.

3.     Integration. The false story costs a lot. In order to continue believing in it and enjoying its advantages in relative comfort, I have to make and maintain a deep split right down the middle of my psyche (there are other solutions besides this splitting, such as sociopathy, but this essay is about bleedingheart doomers such as myself). To stay happy inside consumerism’s nationalist culture of endless growth on a finite planet, I have to repress not only the giant ethical issues raised above (see # 1), but also the tide of evidence that precisely because of these living arrangements the world is rapidly becoming inhospitable to human life (see # 2). Unless this repression is so complete that I am unaware of it, it will cost me much of my energy and some of my mental health just to maintain it. If I turn toward the truth instead, I will be forced to endure an awareness of it; in return, I will be free of the need to split and compartmentalize and pretend.

4.     Erasure. When I’m confronted with the evidence of possible near-term human extinction (NTHE) from pollution, depletion, and climate change (especially when the story includes methane, not just CO2), part of me indulges in the thought that such an apocalypse would take with it much of what I hate, including illegitimate authoritarian power, militant stupidity, cruel poverty for billions of people, for-profit prisons, torture, and so on. Make it stop. Let it stop. In Scorcese’s 1976 film Taxi Driver, Travis Bickle is so disgusted with the pervasive crime and depravity of the city, that he fantasizes about a great cleansing: “Someday a real rain will come and wash all this scum off the streets.” The Biblical precedent is Noah’s flood. Like Job or Ecclesiastes, one gets heartsick of entrenched injustice—waste, fraud, and abuse—until the most soothing thought is to have something just smash it all, vaguely hoping for a better outcome in some other time (whether future or past!) or place. For example, whoever feels the obvious emotional reality that elephants are non-human persons (they have self-awareness, love their children, mourn their dead, live by matriarchy, form deep social bonds, weep when sad, play joyfully, communicate, and so on) cannot bear the unbearable knowledge that these people are now being rapidly murdered out of existence. According to some sources, the African Lion population is down 90% since 1980. That stings so bad that I find myself thinking this world is so far gone and so perverse that it should be finished off.  This is a totally irrational thought which I do not endorse, but there it is.

5.     Displacement. Threats make us want to act defensively in the protection of ourselves and those we love. But the state of the whole world is so vast a predicament that I can’t discharge the powerful impulse to “do something” that will fix it. I can take a 99.9% symbolic kind of action and reduce my carbon footprint. But I can’t stop the timber industry from cutting down every last tree; I can’t stop Monsanto from poisoning every inch of ground with patented horrors like Agent Orange (“Roundup”); I can’t bring flood relief to Bangladesh or Biloxi, restore the toxic Gulf of Mexico, undo Fukushima, alkalize the seven oceans, or conjure with a wand the replacement of a century of car culture with a whole new infrastructure of local production, bikes, and handicrafts. The helplessness is overwhelming. So my mere awareness (though from a social point of view, there in nothing “mere” about it) of the dire facts comes to substitute for the impossible improvements I yearn to make. I do make (or try to make, or plan to make) the infinitesimal improvements I can make, but the helplessness is barely diminished. I stop eating beef for a year, but the industry never reduces the size of the factory farms’ herds in response. I cut down on my plastic use, but Somebody keeps on refining petroleum into gasoline and using the byproducts to make cheap plastic. When I reach for the feelings of well-being that would come from an experience of personal agency and instead feel totally powerless, I turn to the only thing left on the shelf: my awareness. I can’t fix reality, but at least I can keep acknowledging it.
***********
These thoughts come from my personal experience (I’ve written about the issue before, in “Collapse Awareness and the Tragic Consciousness”), informed by several excellent books on the psychology of climate change, including: Don't Even Think AboutIt: Why Our Brains Are Wired to Ignore Climate Change by George Marshall (2014); Engaging with Climate Change: Psychoanalytic and Interdisciplinary Perspectives edited by Sally Weintrobe; several books by Guy McPherson including Killing the Natives: Has the American Dream Become a Nightmare? (2009) and Walking Away from Empire (2011); and Reason in a Dark Time: Why the StruggleAgainst Climate Change Failed, and What It Means for Our Future by DaleJamieson (2014).
In conclusion, here is a very recent and potent presentation by Jennifer Hynes on the Arctic Methane problem. It may stir up in you some of the thoughts and feelings I've described here. You need not fear that every counselor out there would pathologize-and-diagnose if you came to them for help with these issues. Some would not.

A Moving Cri-de-Couer by Prince Ea

I came across this video on Facebook somewhere. I was moved enough to want to share it with you here. Time to check out more of Mr. Ea's work.

An Insight from Miguel D. Lewis 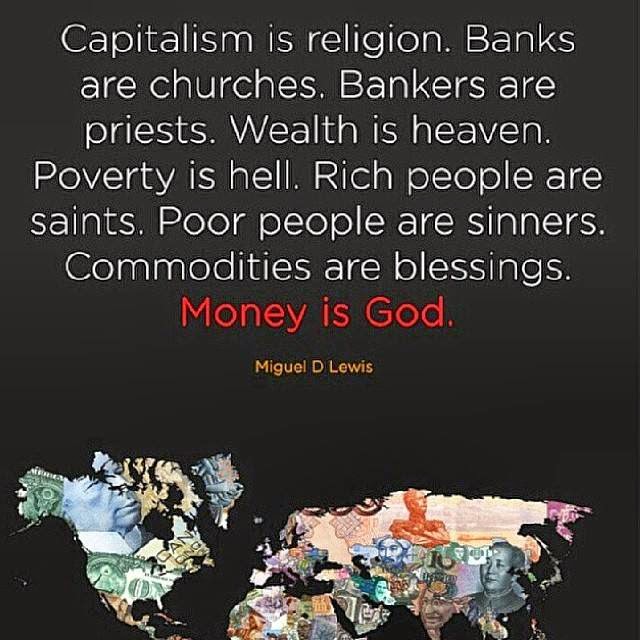